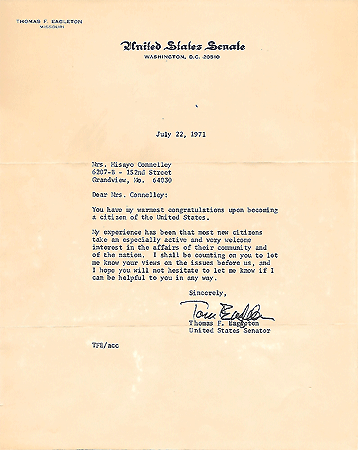 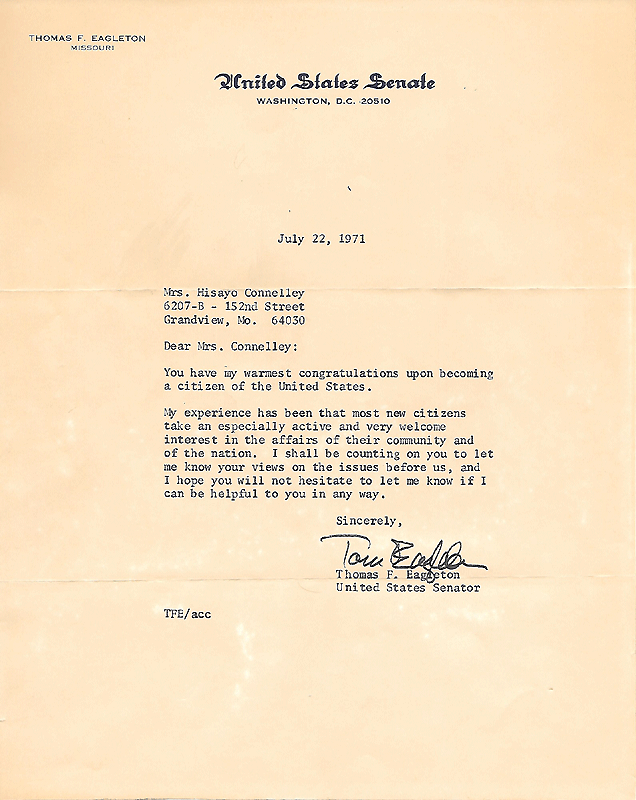 On letterhead of "United States Senate" Lightly creased with folds, not at signature. Fine condition.

"You have my warmest congratulations upon becoming a citzen of the United States.  My experience has been that most new citizens take especially active and very welcome interest in the affairs of their community and of the nation.  I shall be counting on you  to let me know your views on the issues before us, and I hope you will not hesitate to let me know if I can be helpful to you in any way."

An attorney, served as Attorney General and Lieutenant Governor of Missouri before becoming a Democratic U.S. Senator from Missouri. On July 13, 1972, at the Democratic National Convention in Miami Beach, Eagleton was chosen as South Dakota Senator George McGovern's running mate. Twelve days later, Eagleton revealed he had undergone electric shock therapy for depression on two occasions. On July 31st, Senator McGovern asked Eagleton to withdraw amidst a national debate over his health. R. Sargent Shriver, former Peace Corps Director and the late President Kennedy's brother-in-law, was named by the Democratic National Committee to replace Eagleton as the Vice Presidential candidate.