CLICK ON IMAGE FOR DETAILS AND TO PURCHASE ONLINE 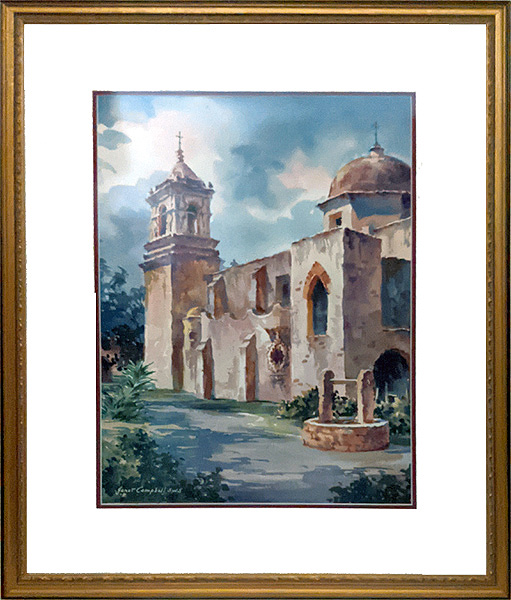 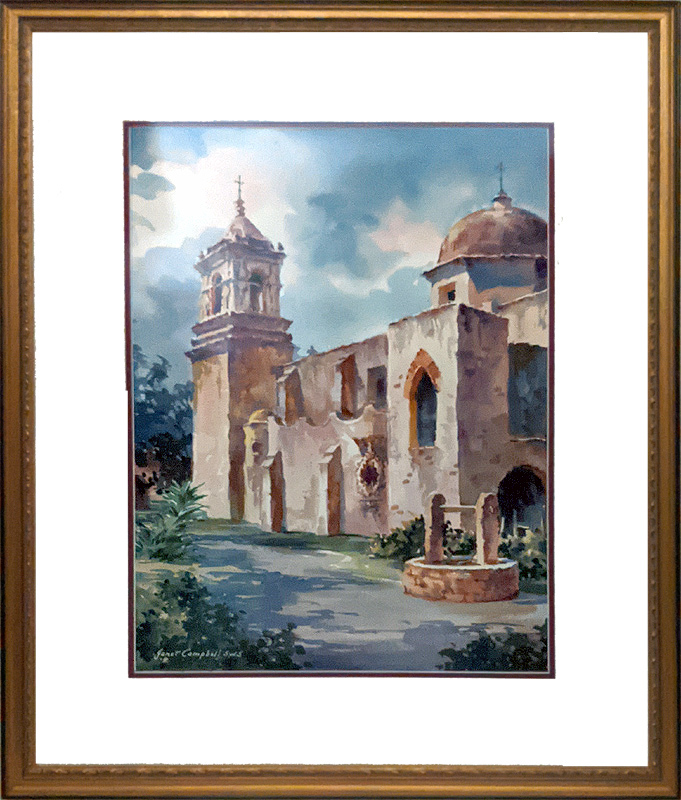 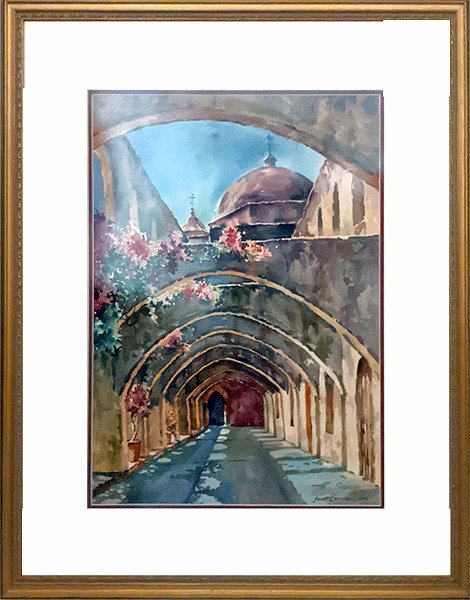 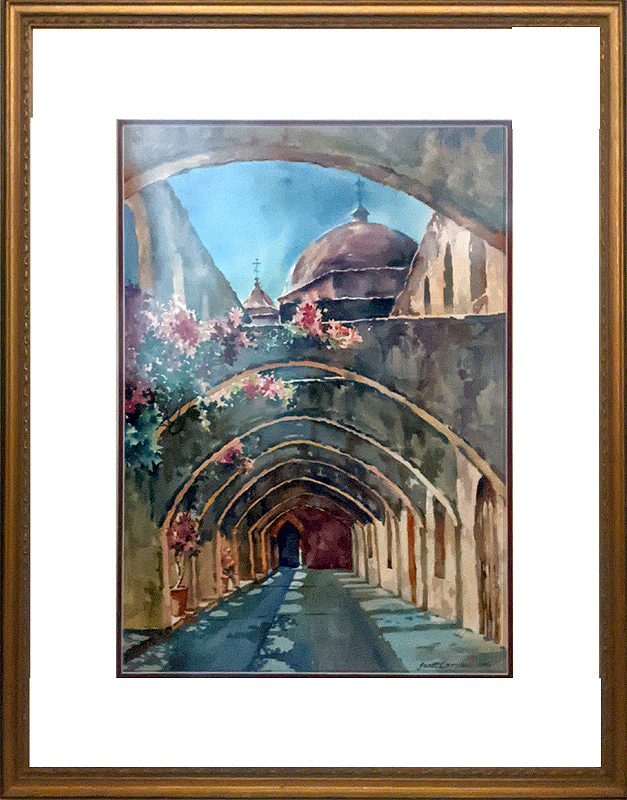 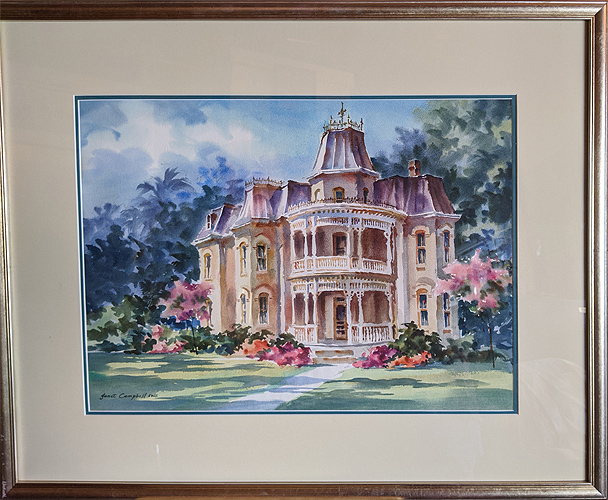 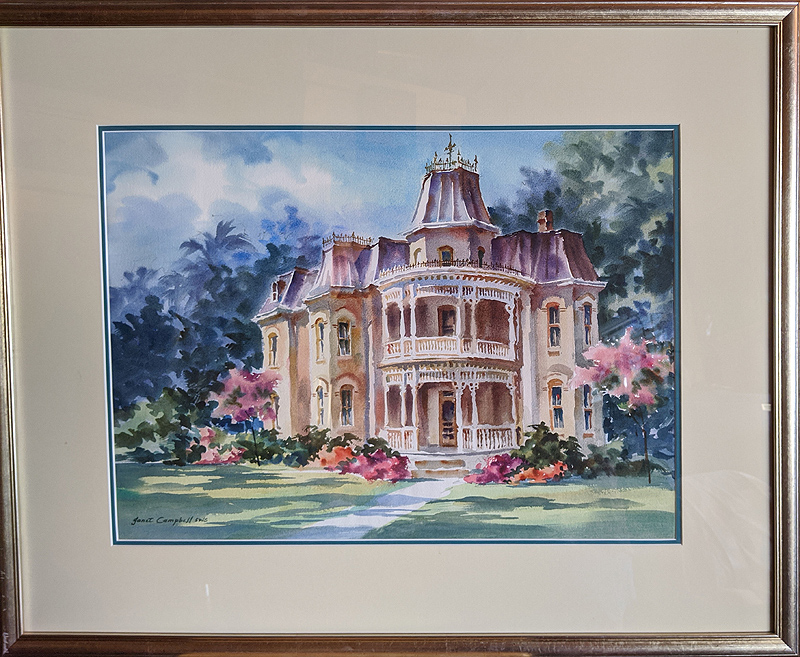 Janet Campbell, a native of San Antonio, Texas, received her early training in commercial art. This background provided her with a basic foundation in drawing and design skills. She has lived in Europe, Asia and several metropolitan areas of the United States. Exposure to artistic expression in these different cultures has given her a universal appreciation of fine art. It was not until the last of her children began school that she seriously returned to painting. At the time she lived on an historic Army post and had the Kansas City art community to influence her. After working in different mediums, she found watercolor to be the most spontaneous and challenging. Janet painted professionally for over 30 years. Her strong impressionistic style of watercolors is easily recognized. It employs the “wet-on-wet” technique and features the bold use of colors. The technique evolved from experience and the experimentation work with nationally known water color instructors. She especially is drawn to the light and shadow on a building or the colorful reflections and patterns in glass or on water. The primary subjects of her paintings have been the scenes around her in Central Texas (particularly Austin and San Antonio) and images from her travels to Central America, England, France, Italy, Japan and Mexico. Landscapes, lake scenes, architectural and historical structures and cityscapes have predominated. Janet is now retired. The only way to purchase her watercolors is in the secondary market.