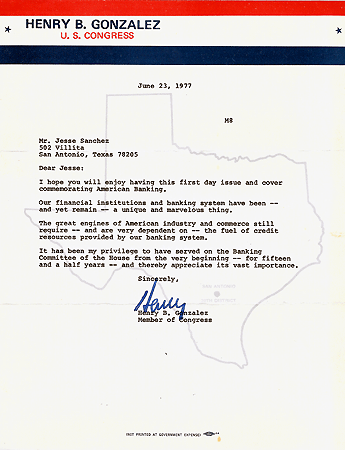 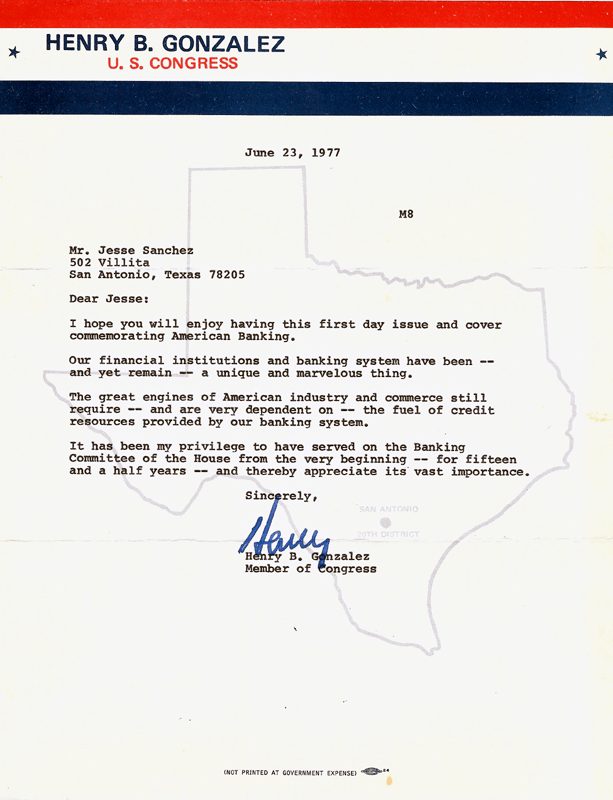 On letterhead of "Henry B. Gonzalez, Member of Congress" Lightly creased with folds, not at signature. Fine condition.

"I hope you will enjoy having this first day issue and cover commemorating American Banking.

Our financial institutions and banking system have been -- and yet remain -- a unique and marvelous thing.

The great engines of American industry and commerce still require -- and are very dependent on -- the fuel of credit resources provided by our basnking system.

It has been my privilege to have served on the Banking Committe of the House from the very beginning -- for fifteen amd a half years -- and thereby appreciate its vast importance." 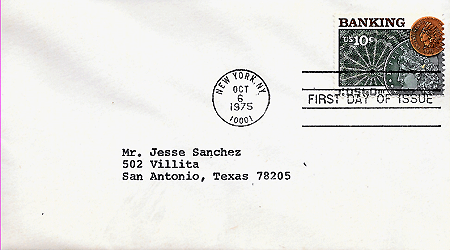 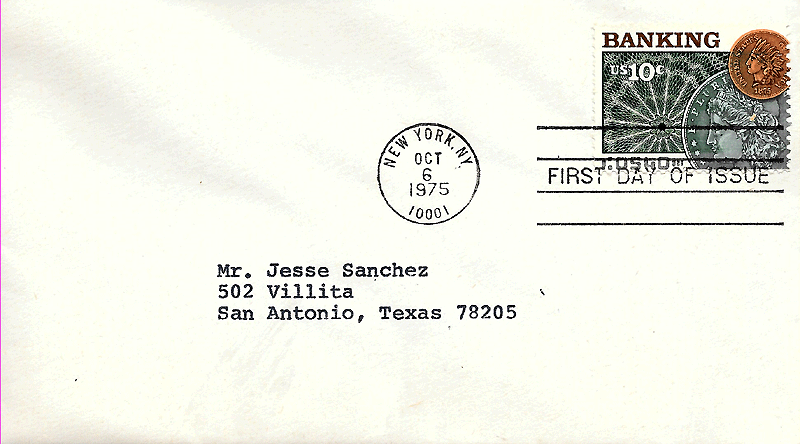